What is a ventilated facade? Operation and advantages

What is a ventilated facade?

A ventilated facade is a dry-installed exterior building envelope system. It can be installed on new construction sites or on buildings undergoing renovation.

This element provides the building with a gap between its perimeter wall and the exterior cladding.  Its primary purpose is to moderate   the exchange of heat, air, and light that circulates between the interior and exterior of the building.

How does a ventilated facade work? 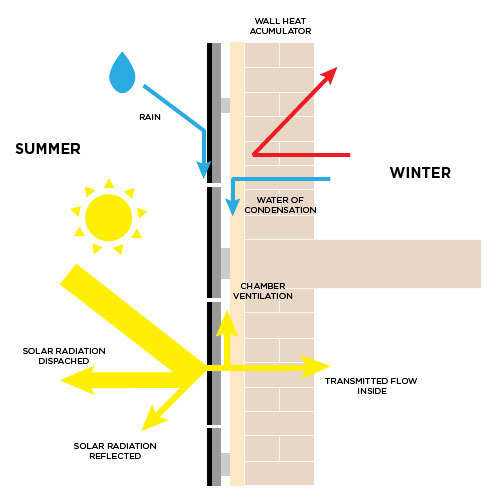 A ventilated facade promotes the convective movement of air entering the chamber generated between the perimeter wall and the exterior cladding. Its thermal efficiency is based on the difference between the temperature inside the chamber and that of the exterior.

The increase in temperature inside the cavity during the summer months generates a “chimney effect” that pushes the air upwards, thus reducing the wall’s temperature facing the inside of the building. In other words, it keeps the building colder.

During the cold winter months, the opening in the ventilated facade balances the wall’s temperature facing the interior of the building, which reduces the risk of moisture from condensation.

How is the wall to which the ventilated facade is anchored? 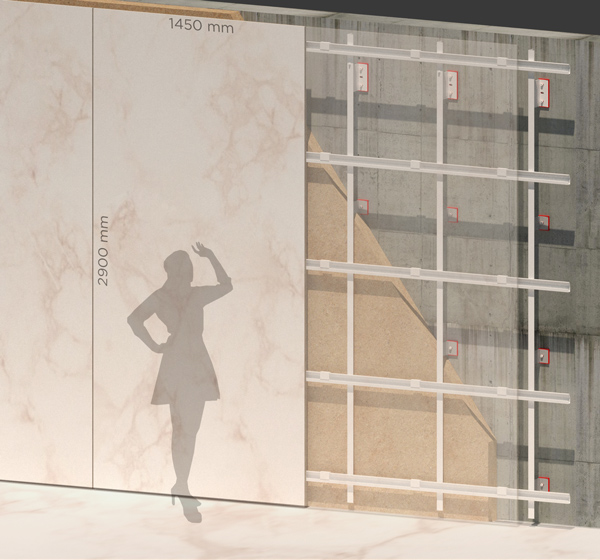 The wall that is going to supports the structure of the ventilated facade will have an insulating layer and will adapt to the weight of the façade as well as accommodate the anchors to which it will be fixed because, as we mentioned, it is a coating that is installed dry.

Parts of the ventilated facade 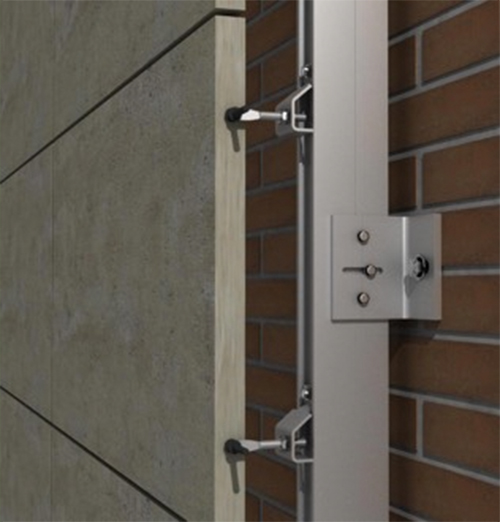 As a summary of what we have described so far, the ventilated facade consists of the following elements:

Supporting wall of brick or concrete (among others) on which we will install the anchors for the ventilated facade.

The insulating layer on the supporting wall promotes and reinforces the ventilated facade’s thermal and acoustic insulation capacity.

Air chamber capable of regulating the temperature of the wall facing the interior of the building thanks to the management of air currents. This keeps the wall insulated from heat during the summer and avoids humidity due to condensation in winter.

External or cladding layer of the ventilated facade. It can be made of different materials such as ultra-light natural stone, metal, or wood, or a combination of them. It is selected according to the aesthetics required by the architect and the efficiency of the material itself according to the type of building and its environment.

Advantages of the ventilated facade

Among the many advantages a ventilated façade offers, the following stand out:

Do you want to know more about ventilated facades? Contact us >