Controlling the expansion of ventilated facades is essential. All the elements of the building must be fixed appropriately to each other while allowing for expansion and contraction due to the cycles of thermal changes.

It inevitably applies to every component of the Stonesize Integrated Facade System. Below, we detail how the thermal-dimensional challenge is perfectly resolved throughout the entire system.

Aluminum is a material with a high coefficient of thermal expansion. Profiles are longitudinal elements continuously changing their dimensions throughout their life span.

If all the connections between the profiles and the brackets were made rigidly, unwanted stress would be generated in these connections when there is expansion or contraction of the profile.

If the profiles are not allowed to expand: 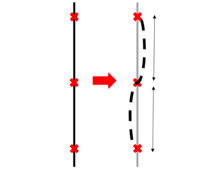 What we see in the image can be solved by configuring each profile-braket connection as a fixed or sliding point By using only one fixed point per profile and leaving the rest of the joints as sliding points, the profile is allowed to expand and contract being correctly supported.

If thermal expansion is not permitted (1 fixed + X sliding points): 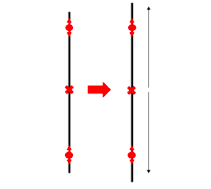 The profile-cantilever connection is configured as a fixed or sliding point when the profile fixing screws are installed:

If the screws are installed in the circular holes of the brackets, any type of movement is retained, so a fixed connection is being formed. In that case, this bracket bears both horizontal (wind) and vertical (weight) loads.

When the bolts are installed in the elongated holes, the profile will not be restricted in its movement in a longitudinal direction, so it will not bear vertical loads (weight). However, it does encounter opposition to horizontal movement, so it does bear wind load. The following picture clearly explains the difference between the two types of fixings: 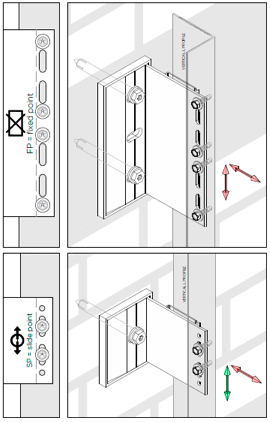 The configuration of fixed and sliding joints must be taken into account throughout the process: 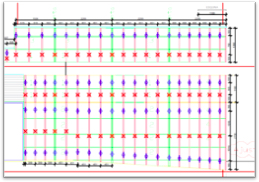 Like any other building material, StoneSize panels will undergo expansion and contraction due to thermal changes. The coefficient of thermal expansion of natural stone and the ratio of thermal expansion of the glass fiber sheet to which it is bonded are practically the same: 3-8 *10-6m/(m K) and 3-6*10-6 m/(m K) respectively. It means that they will grow and shrink to the same extent, and no stress or sagging will occur due to differential dilations that would happen if they had different dilation coefficients.

As far as the aluminum core is concerned, although aluminum has a different coefficient of thermal expansion (21-24 *10-6m/(m K) the core will adapt to the dimensional changes of the panel on the surface. This effect is due to the geometry of the honeycomb core itself.

The following image shows the aluminum core before its expansion to form a honeycomb panel closed by the two fiberglass skins. The picture shows how this accordion shape can be modified without much effort in the two dimensions that it will share in its union with the stone. At the same time, logically, it does have a high resistance in the third dimension of space (compression or traction efforts). 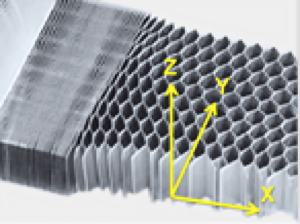 The purpose of the aluminum core is to enable two strong skins to be separated to create a sandwich panel with high inertia. At the same time, it must withstand the shear forces when the panel is subjected to bending stresses.

The following image shows how the panel can experience any dimensional change while remaining fixed to the aluminum structure.

The StoneSize panel has hanging clips distributed all over its back. So, it will be possible to fix the panel on the horizontal hanging profiles of the substructure fixed to the wall. The clips are then configured as “fixed leveling clips” and “sliding leveling clips” on the top line, and “sliding clips” on the rest. Each configuration is achieved, once again, by the correct use of the screws attached to them. It is explained in more detail below: 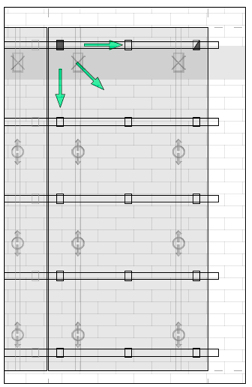 This clip includes two pre-drilled holes for two screws at the top. The first is a metric threaded screw that acts as a leveling screw when inserted into the threaded hole. By tightening the screw, the clip is lifted, and the panel is raised at that point so that the panel is left with the right size and horizontal joint. The weight of the panel is transferred to the substructure through these screws, as it is on which it rests when the whole panel is lifted. The second screw is self-drilling, and it fixes this clip once it is leveled. It prevents the panel from sliding horizontally along the hanging profile. There can only be one fixed clip per panel, to allow the correct expansion of the panel.

These clips only include a pre-drill with thread and a leveling screw.

This way, the panel is fixed to the upper hanging profile, being perfectly leveled with the leveling screws, but only one fixed clip and the rest sliding, so it can expand in the longitudinal direction.

If you want to know more about ventilated facades expansion control, contact us.