The Stonesize lightweight stone ventilated facade system is based on a ventilated façade method. This type of construction is becoming more and more common in building due to its optimal perfomance in various aspects. Its main advantages are: 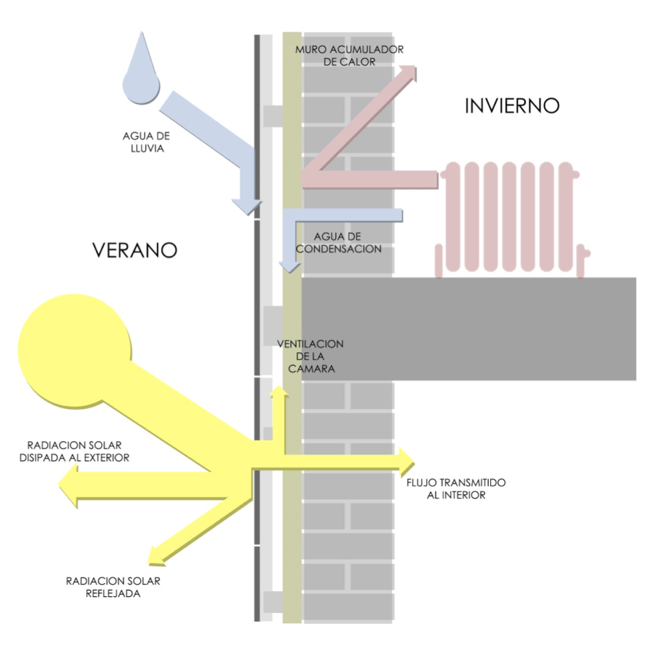 The diagram shows how it works thermally at each time of the year. In summer the solar radiation directly affects the coating by heating it. This heat is transmitted to the air chamber, increasing the air chamber temperature, thus generating an upward convective current, i.e. a chimney effect. This reduces the radiant energy entering the building.

On the other hand, during the winter, the loss of internal temperature is avoided because the insulation is located on the outside of the base enclosure, cutting off all the thermal bridges, and converting the base enclosure into a heat accumulator.

In the same way, this continuous arrangement of the thermal insulation avoiding thermal bridges avoids the appearance of condensation humidities in the interior.